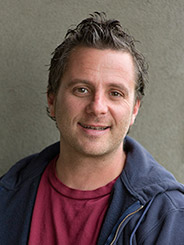 Christophe is a native of the Champagne region in France where his family has made champagne for centuries. He studied viticulture and enology in Champagne and Burgundy and in 1993, came to the U.S. to further his training. Among others, he has worked with Adelsheim Vineyards in Oregon’s Willamette Valley and interned at Waterbrook Winery in Walla Walla, Washington. After being a “flying winemaker” in Australia, New Zealand, and Romania for a few years, Christophe wanted to start his own vineyards and returned to the Pacific Northwest. In 1996, he bought an old 10-acre orchard covered with softball-sized cobblestones fifteen miles south of Walla Walla, Washington. He called the venture Cayuse Vineyards, after a Native American tribe whose name was derived from the French word “cailloux”—which means “stones.” In the decade since, it has grown to seven vineyards, soon to be eight, encompassing more than 55 acres. What was considered by many a foolish gamble on that field of stones has been rewarded year after year with some of the most acclaimed wines in the region—and in the nation. “Those stones are the reason I’m here in Walla Walla,” Christophe says. “It’s certainly not for the night life.”

The Christophe Baron Prize thus acknowledges outstanding economic work, sometimes conducted off the beaten track, service to the association, and utter dedication to the discipline of wine economics (often done instead of glittering night life).

Marica Valente  (DIW Berlin) Who is Harvesting our Grapes? Estimating the Impact of the European Migrant. Crisis on Vineyard Productivity in Southern Italy (joint with Stefan Seifert, DIW Berlin).
(PDF)

Ian B. Page (University of Maryland)
The Economics of Whisky: an Analysis of Imperfect Competition when Product Quality is Endogenous.

Tim Coelli (University of Queensland)
The Technical Efficiency of Wine Grape Growers in the Murray-Darling Basin in Australia (joint with Orion Sanders, Australian Bureau of Agricultural and Resource Economics and Sciences).

Koen Deconinck (U of Leuven)
From Vodka to Baltika: A Perfect Storm in the Russian Beer Market (with Jo Swinnen, U Leuven)

Bernd Frick (University of Paderborn)
The Impact of Individual and Collective Reputation on Wine Prices: Empirical Evidence from the Mosel Valley.

Coco Krumme (Massachusetts Institute of Technology)
A Nose by any other Name: Descriptions as Signals for Wine Price.

The Liquid Assets Prize of the AAWE/VDQS was awarded to:
Peter Roberts (Emory University)
Critical Exposure and P-Q Relationships for New World Wine in the US Market.