Have an account?
Login
or
Register
Menu
DONATE
Home
»
2013 Stellenbosch
Previous
Next

Hosted by University of Stellenbosch and the Western Cape Province www.wine-economics.org jointly with its food division, the Association of Food Economists

“Success through diversity” accurately describes the South African Wine Industry. It exports not only increased from 22 million litres in 1992 to 379 million litres in 2010, but over the same period the export share of the harvest grew from 5,2% to 48,5%. The result is that the producers of wine grapes received an income of $480 million in 2010 which is, incidentally, less than the $520 million the South African Government earned in the form of excise duties and value added tax from the industry in the same year. Any industry sustaining these figures can only be an unmitigated success and for this reason it is not strange that South Africa is currently the 8th biggest producer of wine globally.

At the same time the South African Wine Industry celebrates its diversity. The range of geological and climatic niches, as overtly represented by the Fynbos Biome centred on Table Mountain (one of the New 7 Wonders of Nature) on the one side and the semi-desert of the Gariep on the other side, is embedded in 21 districts, 53 wards and 129 estates. At the same time almost half (46%) of the 573 cellars in South Africa crush less than 100 tons of grapes which can be contrasted with 6% of the cellars which crush more than 10 000 tons of grapes. These cellars present a spread of producer (cooperative), private and wholesale cellars. At farm level the 3 producers include family, estate, empowerment and liftstyle enterprises.

The development of the South African Wine Industry must always be interpreted in the context of global history. After all, the Dutch settlement at the Cape was established in 1652 with the sole purpose of supplying passing ships, plying the spice route between Europe and Asia, with fresh fruit and vegetables leading to one of the earliest export oriented agricultural sectors in the world. The first vines and wines followed within seven years and reached a new level of sophistication following the reformation in Europe and subsequent migration of Huguenots to the Cape. The fusion between all these influences is a unique but multi-faceted culture, people, language and Cape-Dutch architecture.

The Organising Committee of the 2013 AAWE conference cannot wait to share all aspects of our successful and diverse industry with you. Please join us for an unforgettable experience. 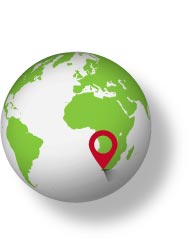